Greetings everyone! I pray all is well in your life, your family and your endeavors.

The UCC Shooting
My family and I live fairly close to where the UCC shooting happened last month on 2015-10-01. Needless to say, experiencing this as part of a small-ish community seems to make it hit that much closer to the heart. We have children and friends who go to UCC, and it was a sickening feeling for a while until we knew all of them were okay, save for one friend of our kids. 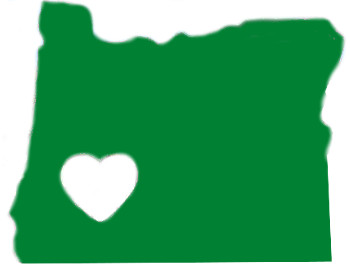 The first few days after it happened, I would weep and sob uncontrollably, as if I had actually lost loved-ones in this senseless violence. After that, I thought I was going to be okay, then anger and rage cropped up after President Obama made the shooting a soap-box for his gun-control agenda, instead of appearing to be a genuinely concerned and sympthetic person. I would have been angry anyway against the shooter, but Obama's words and actions just inflammed everything.

Over the edge
The act of the shooting, the President's nonsense, the movement from bitter tears and the loss of community members became too much for me. I think I had some sort of breakdown, which blessedly was overcome by God's great love and help from a medical provider. It was an awful time, and thank Jesus for holding me and getting me through all of that. Thankfully, I'm better now, but still have scars on my heart from what happened.

Where was God when this happened?
God was right there, in the thick of things. He didn't love those who died from the violence any less than he loves those who are alive today. God isn't a big mean and malevolent God. He's just. Man screwed up pretty bad back when Adam and Eve disobeyed God, and we've been paying the price since. It was man's fault that violence, sin and sadness entered this world. Thankfully, Jesus, God in the flesh, died a horrible and cruel death on the cross as a sacrifice for us, so those who believe in him are no longer bound by what Adam and Eve did before.

What God does and thinks is so much higher and better than what we do and think that sometimes his ways seem cruel and wrong, but they really aren't. The story about one dead seed falling into the soil, only to grow into many live seeds, comes to mind with this tragedy. Those innocent people who died at UCC that day will never be forgotten. And their deaths have already brought about mostly positive changes in our small community here. Those lost to us on earth have fallen into the ground, but their falling produced new life, brought many to Christ and have brought our community closer than it was before.

So yes, it was painful for the families, friends and community to lose those precious lives, but what the devil meant for destruction God turned around for his, and our, good.

The Paris Attacks
As if having violence happen so close to home wasn't bad enough, more lives were lost in France recently. Our hearts and prayers are with those who experienced loss, and we pray that a day will come when those all over the world who are hateful and consumed by blood-lust will come to their senses and see that Jesus is the answer, not spilling innocent blood.

Amateur radio follies
Not much to report ham-radio-wise. I've been trying to make contacts...any contacts... on 40 meters CW (Morse Code), nothing yet. I 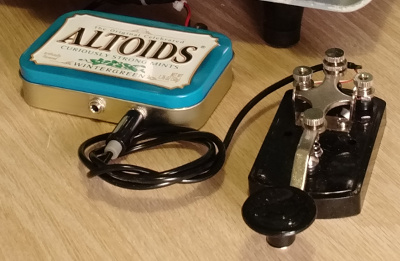 have a random wire out the window and up on the roof, and while I receive much better than before, I'm just not getting out. I think I'll try lengthening my antenna, or I'll need to build a transmatch (antenna tuner).

As reported earlier I built a $4.95 USD 40 meter CW transceiver kit. It's still working and hasn't blown up, but the transistor that acts as the power amplifier gets really hot, so I've stuck some metallic tubing onto its body to dissipate the heat. I also purchased an inexpensive rechargeable 12 volt battery to give my transceiver a little more 'kick'. And last but not least, I put the tiny transceiver into an Altoids tin to protect and shield it. One of these days I'll either purchase or build a better transceiver, but for now, I'm making do. It's the budget ham way!

God bless you and thank you for visiting my blog!