Praise and thanks to God for getting us through another year! The last few years have been challenging, to say the least, but when the whole world is burning down around us, God is there to protect us, heal us and grow us. I am truly grateful!

I still struggle with physical issues from before and from covid, but I know that so many on this earth have it way worse than I do. I just have a hopeful expectation for more healing, better health and improving circumstances. And if none of these come during my life on earth? I pray God gives me more faith and more grace to cover whatever circumstances I'm in.

To my dear children, both bio and non-bio
(I am speaking to all of my kids, both biological and not) It has been a huge privilege, blessing and honor to be your dad, despite whatever has happened between us, whatever happened between your mother and I. I admit, I have not been the best father one could have, but I'm still learning, even now. The only Father that doesn't disappoint is our Heavenly Father -- everyone else will always be trying to catch up to him.

If any of you are reading this blog post, know I have already forgiven you for anything that you might have said to me, anything you've done or fallen for in your life while we've been apart. I can only hope that you forgive me for not being more aware of people's schemes, for letting autism and depression get in the way of a better relationship between us. I hope you can forgive me for any poor choices and bad decisions I've made that affected not only me but you too.

I am not in a position to make up for my dumb choices or being unaware of my autism, but if you do someday choose to forgive me, you choose to listen to God's heart and know that all of us fall short, I'd love to hear from you. No, I am not currently in a position to buy you material things or help financially, but I do love you!

If you choose not to contact me ever again, that's not something I want, but I will never stop loving you. Someday we'll all stand before God and he may show us things we had no clue about while on Earth. All of you will then know how much I love you, how many tears I've shed and the sadness and frustration I've borne throughout the years regarding you being torn away from me by the anger and ignorance of worldly thinking. I love you!

Current desktop environment / operating system
Well, after that emotional part, something a little less heavy. As I often do, I share what desktop environment and OS I'm using at the moment. As in years gone by, I have decided to go back to Fluxbox + my Gtk application menu on Linux Mint. I was using MATE for a while, and though it's a good desktop environment, Flux does more with less. MATE just doesn't have the built-in ability to apply app window rules. MATE also has been a little flaky in some parts and it can be frustrating when you're trying to help a customer, although I use quite a few MATE-centric apps along with Fluxbox.

I almost went to the dark side permanently -- I was on Windows 11 for a bit when SpiritVNC - FLTK suddenly started crashing a lot on Linux Mint. I had to revert to my older multi-view VNC client - UnRemmina - to get me by on Win 11. Thankfully I was able to make UnRemmina more cross-platform again and use it in Linux. SpiritVNC-FLTK? Well, not sure what's going on there. I think FLTK or libvncserver (or both) might have changed something on their end, and now it's crashville with strange and vague stack-traces. I need to actually work, so UnRemmina does most of what I need, while missing features I took for granted in SpiritVNC-FLTK (like timed scanning through connected servers, built-in 'listening' connections, etc). Oh well, eventually I'll get around to fixing SpiritVNC-FLTK, or will just drop it.

Amateur radio stuff
Amateur radio can be a blast when you have the equipment you need and the money to pay for said equipment. I currently do not have the budget to do a lot in the ham radio space, but after watching Thomas - K4SWL do his frequent POTA (Parks On The Air) and SOTA (Summits On The Air) activations, I've got the itch to get on the air and make some contacts -- maybe even doing POTA activations myself in the future. Thing is...? Most amateur radio operators have a lot more disposable income than I do.

As it is, I have an SW-3B CW-only 3-band QRP rig, an HF Signals uBitX v6 basic kit with a homemade case and self-provided speaker, a semi-working MFJ Cub 40 meter CW-only QRP kit rig and a couple of $5 USD Chinese Pixies. That might sound like a lot of radios, but only one of these is capable of voice communications (the uBitX), but I can't even transmit from any of these radios because I don't have an antenna up. I am working on that, and will probably write an article about my very 'country' 9-to-1 UnUn and enclosure. Here's a preview pic (go ahead, laugh it up)... 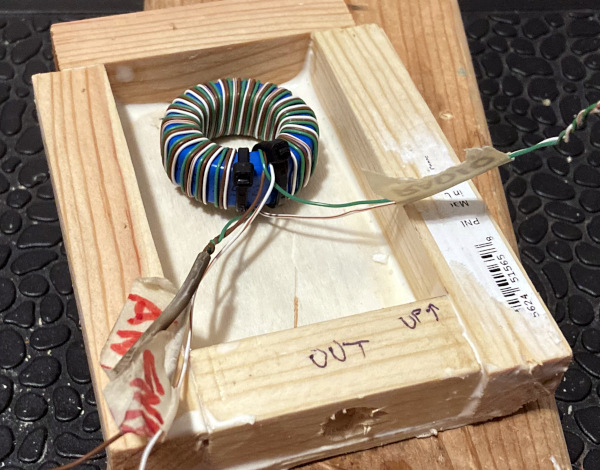 Yes, it's made from wood -- but it was inexpensive to make

The world in general
If you're able, view the following pic of a shower curtain... 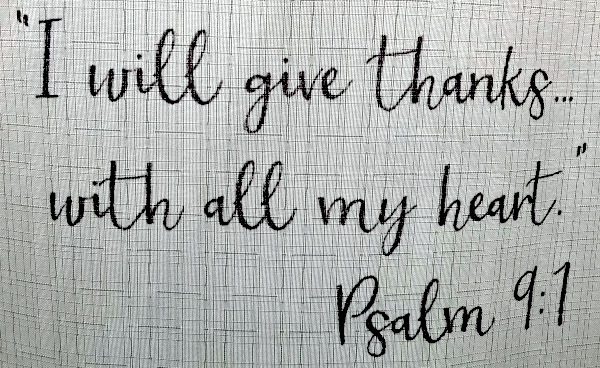 Ehm -- something (important) seems to be missing...

"Big whoop, Will -- it's a shower curtain!" you might say. Well, I shared this because the majority of our world is moving in the same direction as those who designed this shower curtain. People want the 'fuzzy feel-goods' but sneakily and purposely cut out the most important part of life -- God!

People who aren't blinded by the devil have seen for a while just how bad things are getting all around the world. People who want 'warm fuzzy' feelings but are too offended by the name 'God', 'Lord' and 'Jesus' are trying to rewrite reality itself by attempting to take God out of where he belongs -- and so many people are falling for it! What these people fail to realize is that reality itself depends on Jesus: "He existed before anything else, and he holds all creation together." - Colossians 1:17 NLT. It really is sad that so many are walking through this life with their eyes closed, dangerously close to falling into a bottomless pit they won't be able to escape from! Turn to God, give your heart to Jesus and let him heal, strengthen and grow you!

That's a wrap!
Well folks, that's a wrap for this post. A little of something for everyone, eh? Someone needs this scripture right now: "Fear of the LORD is the foundation of true knowledge, but fools despise wisdom and discipline." - Proverbs 1:7

I pray and hope that many people will get fed up with the nonsense that's going on, see the truth of Jesus and turn to him. We get only one chance on this Earth -- pray that God gives us the wisdom and strength to do what we need to!